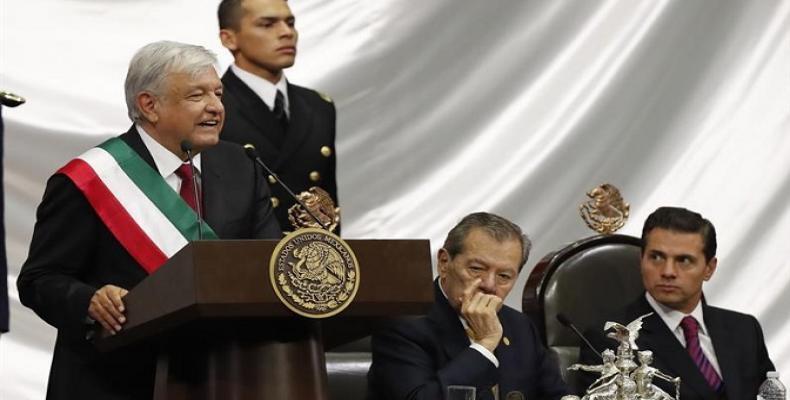 The website for teleSUR reports that the new Mexican president represents the possibility for an alternative economic model that could battle Mexico’s entrenched socio-economic inequality.

Lopez Obrador has promised his people that he will halt the wave of privatization unleashed by former presidnt Enrique Peña Nieto’s Energy Reform program.  In 2014, Peña Nieto’s reform ended nearly seven decades of state ownership over Mexico's mineral and oil resources.  Instead of bringing about an increase in fuel production, by 2016 Mexico became a net importer of United States-produced gasoline, leading to fuel price increases and nationwide protests.

Civil society organizations denounced the energy reform for hampering access to information and participation, highlighting that the Mexican government’s profits from the state-owned company would now go to private companies.

Lopez Obrador has vowed not only to stop bidding processes but also to review big infrastructure contracts with the commitment to reverse them in cases where corruption can be proved.

For over three decades, every president after Miguel de la Madrid (1982 - 1988) has applied neoliberal economic policies, furthering the liberalization of financial markets and trade, and promoting the privatization of almost every important economic sector, from the iron and steel industry and banking in the eighties and nineties, to the most recent Energy Reform.

These policies have not translated into better living conditions for the many, but rather higher concentration of wealth that only benefits the few. According to Oxfam, in 2015, “the 10 richest people in the country [Mexico] accumulate the same wealth as the poorest 50 percent.”

Obrador has also vowed to respect the San Andres Accords signed between the Zapatista Army of National Liberation and the Mexican government in 1996.  The accords guarantee Indigenous peoples their right to control and manage their territories and resources and to be consulted on big infrastructure projects that could affect them.

He has also publicly opposed Peña Nieto’s controversial Law of Internal Security, which human rights advocates could lead to more state violence and crimes by giving military forces a role over internal, civilian security in a country where state security forces are directly linked to massacres, rapes and disappearances.