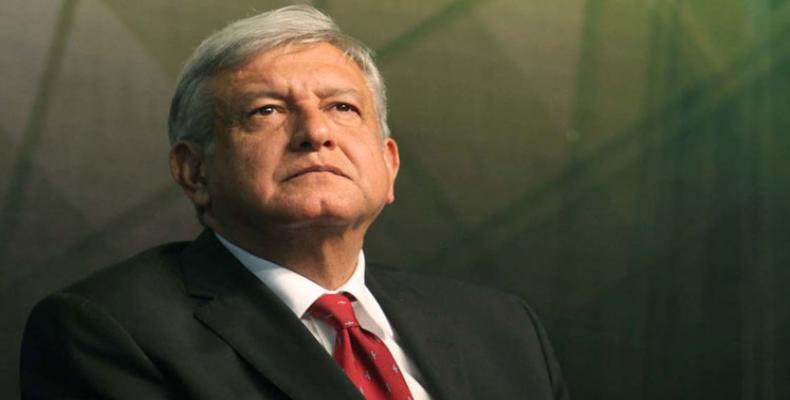 Mexico City, April 24 (RHC)-- Mexico prepares for a presidential election in 2018, amidst a growing concern for migrants in the United States.   Leftist presidential hopeful Andres Manuel Lopez Obrador is Mexico's favored candidate over a year ahead of the presidential elections in July 2018, according to new polls published by local media.

The politician, known by his initials AMLO, was the former mayor of Mexico City and is set to run for president in Mexico for the third time.  "Lopez Obrador the leader of the Movement for National Regeneration, or Morena, has 33 percent of the preference, and the former First Lady Margarita Zavala has 27 percent," stated a report published by Mexico's El Universal.

The vote for Lopez Obrador went up 6 percent in the latest poll, while Zavala, wife of former president Felipe Calderon who was in office from 2006 to 2012, went up 2 percent from the previous poll by the newspaper in November 2016.

In third place, with 13 percent, stands the Interior Secretary Angel Osorio Chong from the Institutional Revolutionary Party, or PRI — President Enrique Peña Nieto's party — down 3 percent from the previous poll. Osorio is tied with Nuevo Leon Governor Jaime Rodriguez. Finally, Miguel Mancera from Party of the Democratic Revolution, or PRD, stands with 6 percent.

Lopez Obrador has been an outspoken critic of U.S. President Donald Trump’s anti-immigration policies and proposals and has vowed to raise awareness in Mexico and the U.S. about the state of immigrants’ rights.

His campaign for the left-wing Morena party will be focused on tackling inequality and corruption, and he has also promised to increase the minimum wage and pensions, guarantee jobs and schooling for over 2.5 million youth, and tackle violence, among other proposals.

Lopez Obrador ran for president with the PRD in 2006 against Felipe Calderon and again in 2012 against current President Enrique Peña Nieto, both of the PRI. Both elections were mired in controversy and hotly contested.

After the 2012 election, Lopez Obrador withdrew from the PRD and formed his own political party, Morena.