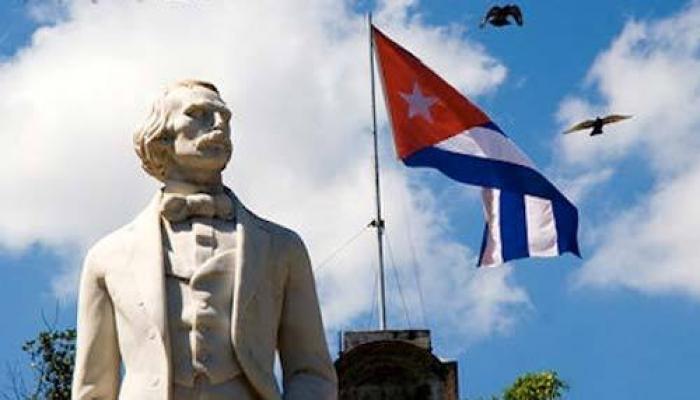 Manzanillo, October 10 (RHC)-- President Miguel Díaz-Canel said that the Cuban Revolution, begun by the Father of the Cuban Homeland Carlos Manuel de Céspedes on October 10th, 1868, is the same today and so are the challenges it faces.

Speaking at the main rally in Manzanillo, Granma province, marking the 150th anniversary of the launch of Cuba's independence war, Díaz-Canel said Cuba is a sovereign, independent nation, and that Cubans are proud of their history.

“The people have fought for 150 years and we will continue to fight ever onward to victory!,” he stressed.

In his speech, Miguel Díaz-Canel paid tribute to the historic leader of the Cuban Revolution, Fidel Castro; to José Martí, organizer of the 1895 war; and especially to Carlos Manuel de Céspedes, the man who with his October 10, 1868 manifesto of Independence or Death, began a historic independence path for Cuba that came to fruition with the 1959 Revolution.

Addressing the more than 5,000 Manzanillo residents in representation of the entire Cuban people, the Cuban president called on the new generations to study the country's history, saying there lies the keys to better understand our defeats and failures, as well as our strength and victories.

The message was until now kept at the Cacahual Mausoleum, in a capsule inside the tomb of Fajardo Vega, the last combatant of the Cuban Mambi army to die in 1990.

In the message, Fajardo Vega, on behalf of the 19th-century Cuban youth, urged the new generations to never yield to the apparently overwhelming might of the enemy, never betray our homeland nor surrender, and to be faithful to our history.