Cuban President thanks the world for support against the blockade 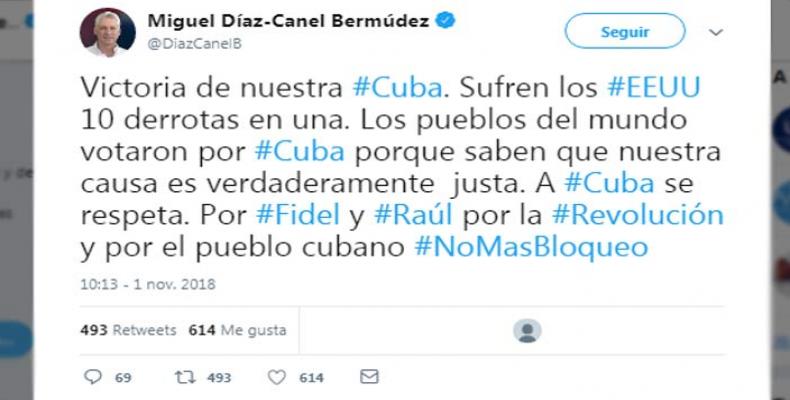 Havana, November 1 (RHC)-- Cuban President Miguel Diaz-Canel thanked nations of the world for their support of Cuba at the UN General Assembly and against Washington's nearly six decades-old blockade of the Caribbean state.

Writing on his Twitter account, Diaz-Canel expressed: "Thanks to the international community for your support of #Cuba. Proud to hear representatives from other nations highlighting the values and efforts of our heroic people, who have known how to resist and at the same time, give solidarity to the world #NoMásBloqueo."

On Thursday, for the twenty-seventh consecutive year, the UN General Assembly overwhelmingly approved a Cuban-sponsored resolution, urging Washington to repeal its blockade policy towards Cuba.