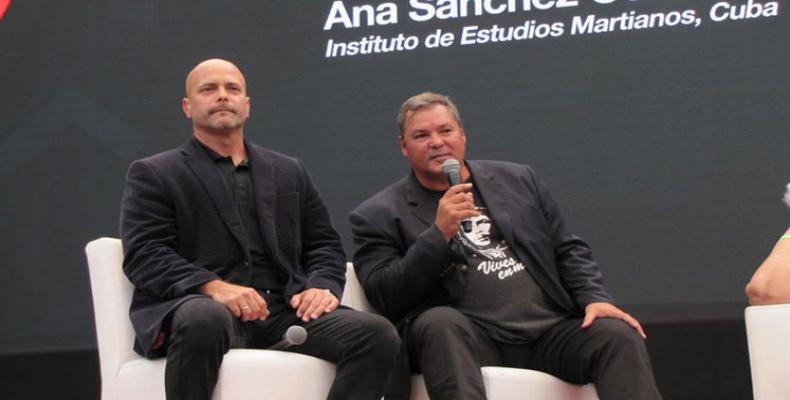 Buenos Aires, November 20 (RHC)-- Heroes of the Republic of Cuba Ramón Labañino and Gerardo Hernández were presented Monday with the honorary prize of the Latin American Council on Social Sciences (CLACSO), in the framework of the organization's First World Forum on Critical Thinking, held Monday and Tuesday in Buenos Aires, Argentina.

Upon receiving the high distinction, both Cuban heroes dedicated it to Cuban Revolution leader Fidel Castro.

Gerardo Hernández recalled that he had to endure 16 years behind bars in the United States, after being wrongfully sentenced to two life terms plus 15 years for defending their nation and people against terrorist actions, which are routinely plotted and carried out by anti-Cuba extremists in the U.S.

He said his release from prison was due, to a large extent, to the international solidarity campaign launched to win freedom for the Cuban Five. Gerardo said: “It was thanks to the unity and resistance of our people and the world solidarity movement.  When there is unity, great things can be accomplished.”

Ramon Labañino, for his part, said he was accepting the prize on behalf of his other three compatriots, also Heroes of the Republic of Cuba, who served unjust prison terms in the U.S. for fighting terrorism: Antonio Guerrero, René González and Fernando González.  He dedicated the prize also to the entire Cuban people, who have resisted nearly sixty years of constant aggressions and all those who fight for a united Latin America and Caribbean region.