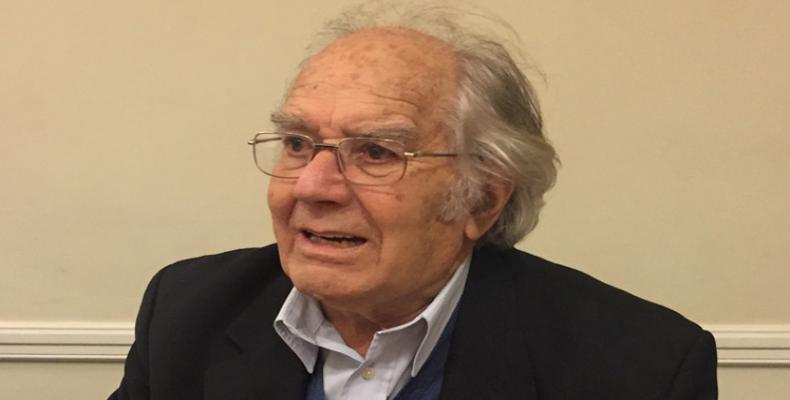 Buenos Aires, October 13 (RHC) – Nobel Peace Prize winner , Argentinian  Adolfo Pérez Esquivel has sent a letter to the United Nations Secretary General Antonio Guterres in which he notes that the Washington continues its attacks against Cuba as part of its Cold War onslaught against the Caribbean nation and that in so doing, the US is attacking the right of all peoples and nations to peace, sovereignty and development.

In his letter to the United Nations chief, the noted Argentinian scholar, a champion of Human Rights, describes the US attitude as a genocidal onslaught against a small nation that seeks and works for peace.

Perez Esquivel's letter to the UN Secretary General was sent just a few days before the UN General Assembly examines again a draft resolution presented by Cuba against the US's economic, commercial and financial blockade of the Island.

The Argentinian Nobel Peace Prize winner recalls that despite the resumption of US Cuba diplomatic relations, Washington continues the implacable persecution of Cuba-s commercial transactions with other countries.