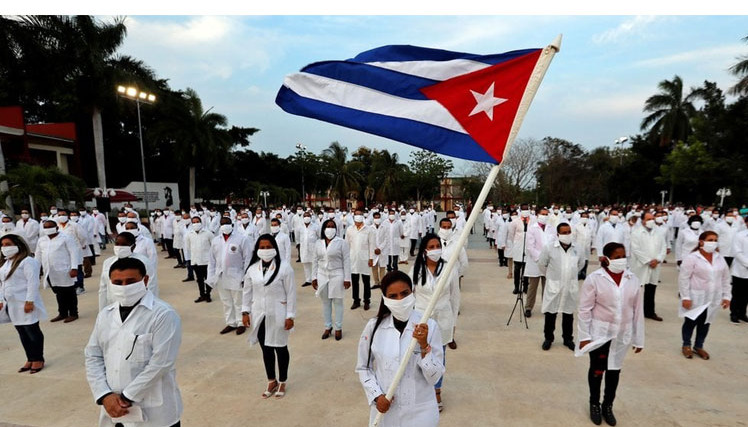 The new applications in favor of the Caribbean island's health workers were sent to the Norwegian Nobel Committee by MPs John McDonnell, Ian Mearns, Zarah Sultana, and Angus MacNeil, the Cuba Solidarity Campaign (CSC) informed in a statement.

According to the text, McDonnell highlighted the 'wonderful contribution to global health' made by the Henry Reeve Brigade with its humanitarian and solidarity work in countries affected by epidemics and natural disasters.

I believe that the international recognition and visibility that an award like this would give to their work would be a necessary catalyst to expand this collaboration and set a pattern for future global cooperation in the health sector, said the Labor lawmaker.

Mearns, also a Labor MP, applauded the 'phenomenal' work of Cuban doctors and nurses and affirmed that they are bearers of the 'torch of international solidarity' by healing and supporting thousands of people in different countries in cases of emergencies.

His colleague Sultana recalled that the Henry Reeve Brigade has a long record of internationalist work since its foundation in 2005 and highlighted the medical missions in West Africa during the outbreak of cholera and the attention to the earthquake victims in Chile Ecuador.

MacNeil, elected to the British Parliament for the Scottish National Party, said that he nominated Cuban health workers for the Nobel Peace Prize for their incredible contribution when the world is facing the Covid-19 pandemic.

In the legislator's opinion, this 'great example of international humanitarianism' makes them worthy of the recognition awarded every year by the Norwegian committee.

In addition to the 26 members of the British Parliament, including three members of the House of Lords, 12 academics from the United Kingdom also formally advocated the Nobel Peace Prize award to the Henry Reeve Brigade.

According to the Nobel Foundation's rules, nominations can only be made by legislators, academics, judges of international tribunals, previous laureates, and active or retired committee members and are due by January 31 each year.