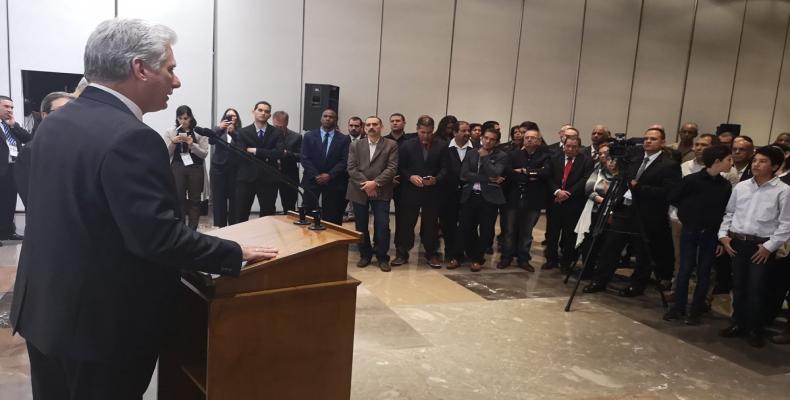 At the inauguration, the Cuban head of state was accompanied by Foreign Minister Bruno Rodriguez and other Cuban officials.  The celebration was attended by some 400 high-ranking international guests that included the presidents of Bolivia, Ecuador, Venezuela, Honduras, the Dominican Republic, El Salvador and the King of Spain.

The 65-year-old leader is internationally known by his initials, AMLO.  He is promising a sweeping transformation after 89 years of administrations by the same two parties, and addressing pressing problems of Mexican society such as violence, the economic crisis and the causes of immigration.

AMLO won a landslide victory in the July 1st elections, together with strong majorities in both houses of Congress for his coalition, led by the party he founded just four years ago -- Morena.

In addition to the historical relationship of friendship and solidarity, Cuba and Mexico have expanded their exchanges of cooperation in economic sectors which is confirmed by the fact the nation of 123 million people is among the first 10 trading partners of the island and is also one of the main countries of origin of tourists visiting Cuba.