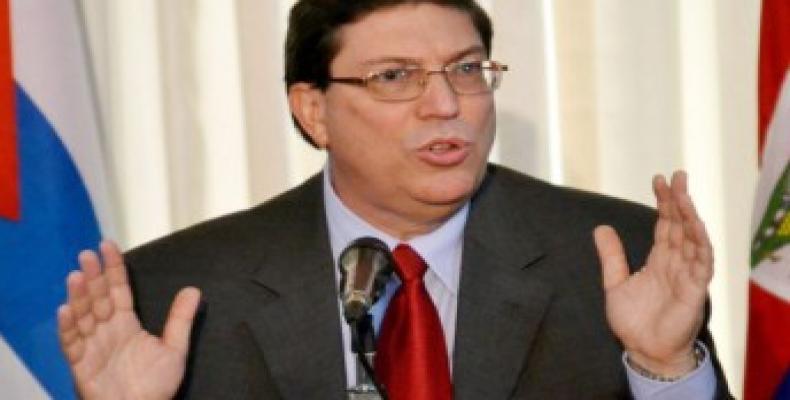 Havana, December 11 (RHC)-- Cuban Foreign Minister Bruno Rodriguez says that the United States lacks moral authority to criticize Cuba over matters of human rights.  The island's top diplomat made the remarks in reaction to an open letter addressed to him by U.S. Secretary of State Michael Pompeo, published on the Department´s website on Monday, accusing Cuban authorities of human rights violations.

“Pompeo lies and slanders,” denounced Rodriguez in statements issued by the Foreign Ministry on Twitter.

The senior official demanded that the United States government and its secretary of state lift the economic, commercial and financial blockade imposed by Washington on the island for almost six decades.  He also recalled the poor performance of the United States in the field of human rights, for its status as a global repressor and its cruel treatment of migrants, minorities and the poor.

Meanwhile, the Director General of the United States at the Foreign Ministry, Carlos Fernandez de Cossío, also blasted the document.  He noted that the U.S. government acts dishonestly when it raises concerns about the human rights situation in Cuba or anywhere else.

“Its historical trajectory, its constant and flagrant abuses against its own population and the population of many countries in the world, and its historical alliance with dictatorial regimes responsible of the most atrocious crimes, deprive the United States of any moral authority to point fingers at others,” said Fernandez de Cossio.