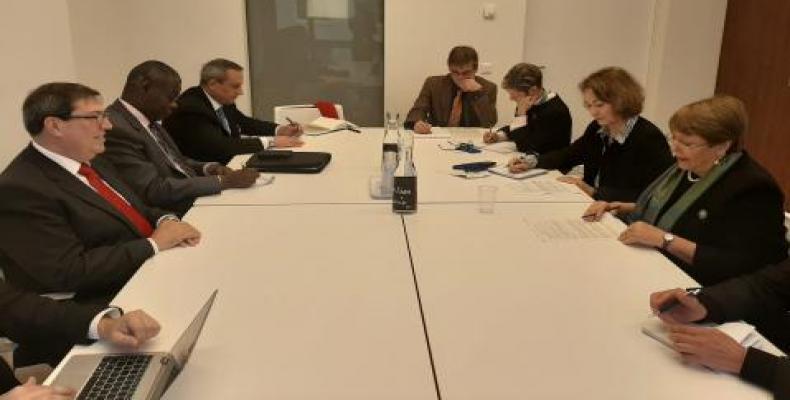 During the meeting, the Cuban foreign minister ratified to the High Commissioner the commitment of the Cuban government to the promotion and protection of all human rights for all, while he informed Bachelet about the intensification of the economic, commercial and financial blockade imposed by the United States against Cuba and its negative effects on the human rights of the Cuban people.

Bruno Rodriguez also denounced the U.S. campaign against Cuba's medical cooperation with other countries and highlighted the international recognition of this cooperation and its impact on the right to health of millions of people in the world.

In a respectful atmosphere, other issues of common interest in the area of human rights were reviewed, as well as Cuba's permanent willingness to cooperate with the United Nations procedures and mechanisms in the area of human rights, which have universal application, on a non-discriminatory basis, with strict respect for  the island´ssovereignty and with recognition of the right to self-determination.