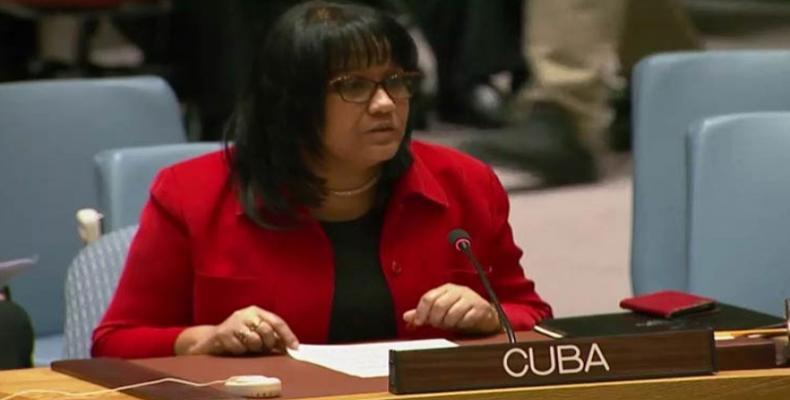 The current administration of the United States is attacking Venezuela with particular malice and this has an impact on the entire region, she warned when speaking before in the 15-member body over the weekend.

For this reason, she rejected Washington's pronouncements calling for the recognition of Juan Guaidó, head of a parliament in contempt and who proclaimed himself president of Venezuela, in total disrespect for the Constitution. The Cuban diplomat added that this is an open affront to Venezuela and disrespect for its sovereignty.

Cuba reiterates its support for the Bolivarian and Chavez Revolution, the civic-military union and its legitimate and democratic government, led by the constitutional president, Nicolás Maduro.