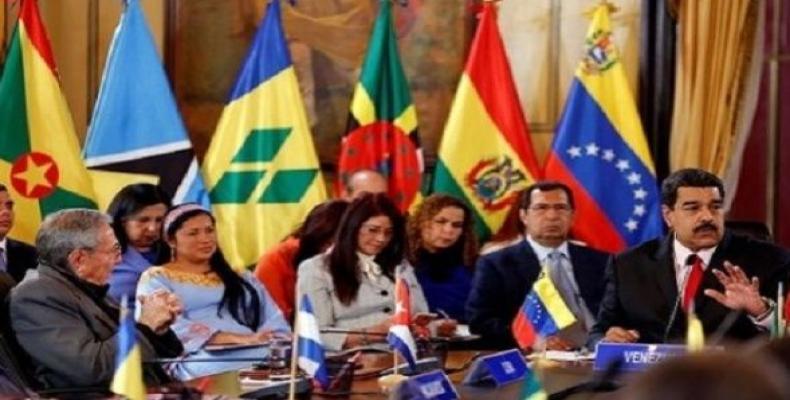 Caracas, Feb 14 (RHC)-- Several Latin American countries have denounced the Inter-American Commission on Human Rights and questioned its credibility and involvement in the region, deeming it a "politically biased" body.  The Commission, whose parent body is the Organization of American States, the OAS -- backed and funded by the United States -- has come under scrutiny for interfering in many countries' internal affairs.

In April 2017, Venezuela announced it would withdraw its membership from the Organization of American States.

Earlier, in 2012, three member nations of the Bolivarian Alliance for the Peoples of Our America, ALBA, accused the regional organization of the meddling in countries internal affairs.  “The OAS and the Inter-American system have been working illegally in the interests of the foreign policy of the United States,” Ecuador's former President, Rafael Correa told the Bolivian newspaper La Razon at the time.

In September 2013, Venezuelan President Nicolas Maduro had announced the withdrawal of the South American country from the CIDH, an action initiated by Comandante Hugo Chávez in 2012 as a measure to protect national sovereignty.   At that time, Minister of the People's Power of Foreign Affairs of the Bolivarian Republic of Venezuela, Elías Jaua, accused the agency which was formed in 1959  of systematically drafting laws but doing nothing much on the human rights abuses reported, like the El Caracazo (1989) and in the massacres of Cantaura (1982) and Yumare (1986).

"What is the OAS for and what is the IACHR for?  We are going to create our own mechanisms [for Latin American governments to address human rights and other regional issues]," Chavez had emphatically said, according to PRI.  The Mexican government has also prevented the IAHCR from meddling in the investigations of the 2014 Ayotzinapan students disappearance, who had disappeared from the Normal Rural School of Ayotzinapa.

To reject the IACHR, the Mexican ambassador to the OAS, Luis Alfonso de Alba Góngora, said: "We must ask ourselves why the IACHR has been receiving less and less funds, because some have doubted the effectiveness or efficiency of the system, and corrective measures must be taken, there must be greater transparency in the management of financial resources and exercise of self-criticism."