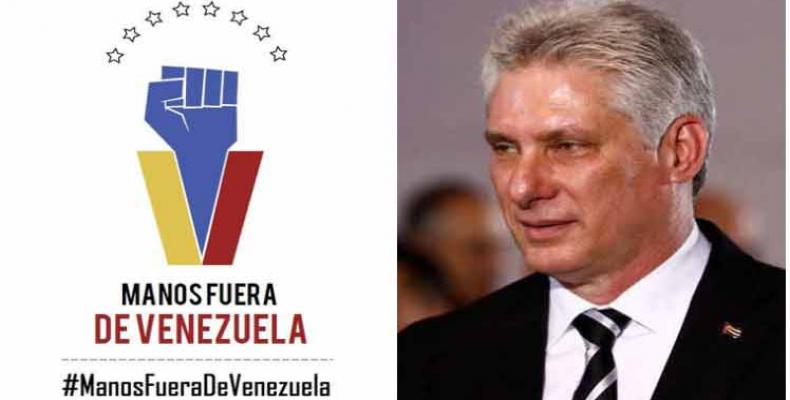 Havana, February 19 (RHC)-- Cuban President Miguel Díaz Canel demanded on Twitter that those, who are planning to invade Venezuela, keep their hands off the South American nation.   The Cuban leader insisted that the imperialists, in clear reference to the United States, are incapable of bringing Latin American peoples the democracy and peace brought by the Cuban and the Bolivarian Revolutions.   All they do, wrote the Cuban leader, is insult and offend us.

President Díaz Canel reiterated that the supposed need for ‘humanitarian aid’ being  by the United States is just a pretext to launch a military intervention in the Venezuela.

In his latest post on twitter, the Cuban head of state noted that the 20million dollars worth of aid is well below the 30 billion dollars in losses to the Venezuelan economy caused by U.S. sanctions and persecution.

In a previous tweet, President Díaz-Canel demanded respect for the sovereignty and independence of the Bolivarian nation and for the self-determination of the Venezuelan people.