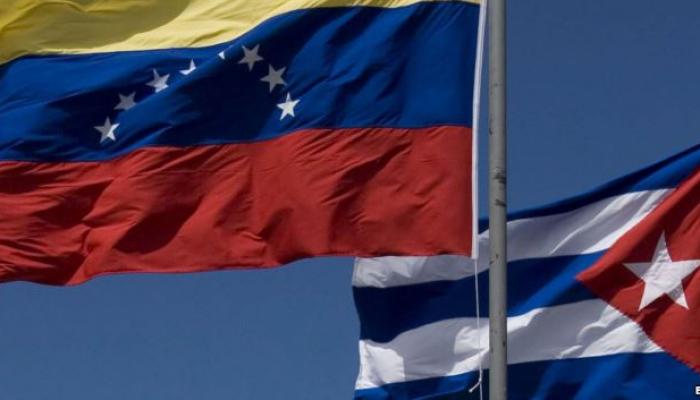 Díaz-Canel noted that there are currently nearly 20 thousand Cubans in Venezuela, but that they are collaborators, mainly doctors and teachers, offering their services under existing cooperation accords.

The Cuban head of state recalled that it is the United States that has 800 military bases around the world. He stressed that Washington lies and insults Cuba and Venezuela with the whole purpose of deceiving international public opinion, thus advancing U.S. hegemony interests.

Díaz-Canel wrote: “With nearly 800 bases and hundreds of thousands of troops around the world, the US is accusing Cuba of having military personnel in Venezuela. Its a mockery of the world, an insult to two sovereign nations. Bolton lies again and his purpose is criminal. Hands off Venezuela.”

Cuban foreign minister Bruno Rodríguez recently twitted that the United States has military troops in a total of 177 nations around the globe.

Bruno wrote: “The United States is the world’s top arms producer and exporter, while it also has more than 250 thousand soldiers and 800 military bases scattered on the five continents, including some 80 military bases in Latin America and the Caribbean.”

The Cuban top diplomat stressed that with the lies, insults and attacks, the United States is trying to interfere in the bilateral relations of Cuba and Venezuela --two sovereign States.

He further wrote: “Washington’s accusations are totally false and groundless, as they are also revealing, indicative of the foreign policy of the current U.S. Administration, shaped in the old Monroe Doctrine style.”