Tanzania to open Embassy in Cuba 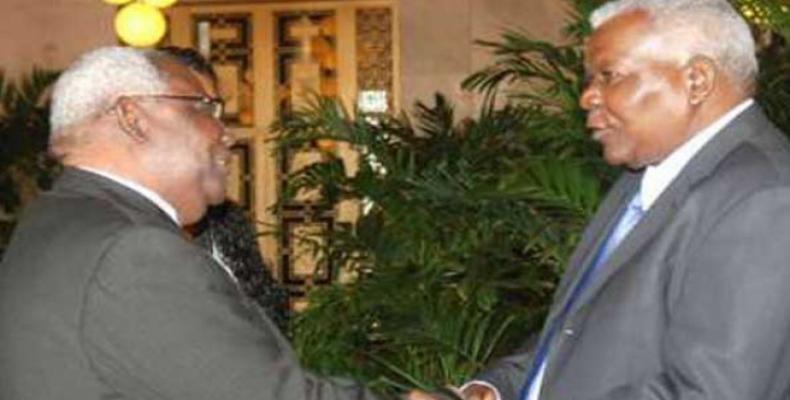 Havana, March 23 (RHC) – The second Vice-President of the Tanzanian region of Zanzibar, Seif Ali Iddi, confirmed in Havana that his
country plans to open an embassy in Cuba, during a meeting with parliamentary leader Esteban Lazo.

According to a statement from the National Assembly of People's Power, its president welcomed Friday, the African leader, who is in Cuba on a private visit.

According to Iddi, the new embassy is part of Tanzania's commitment to support Cuba in its development.

Likewise, he stated that the African nation will continue to support Cuba in its fight against the economic, commercial and financial blockade imposed by the United States for almost 60 years.

Iddi thanked the island for its solidarity despite the economic difficulties it faces, particularly in the health sector.

Meanwhile, Lazo explained to Iddi, details of the constitutional reform process undertaken on the island, which was ratified by the Cuban people during a national referendum held on February 24.

Both officials also condemned U.S. interference in Venezuela and expressed their support for Nicolas Maduro as the democratically
elected president of the South American nation.