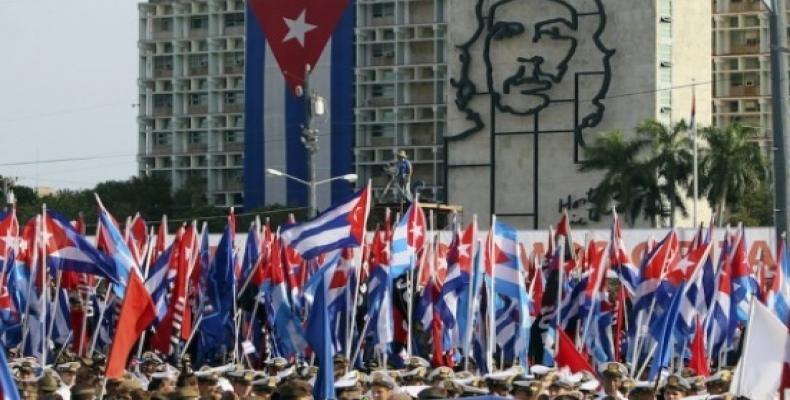 Havana, April 29 (RHC)-- President Miguel Díaz-Canel says that on May Day Cubans and thousands of friends from around the world, will march on the Island to celebrate International Workers’ Day.

The Cuban head of state said the day will also serve to denounce and condemn Washington’s aggression on Venezuela, Cuba and Nicaragua and to demand the immediate, and unconditional release of former Brazilian president Luiz Inácio Lula da Silva.

President Díaz-Canel wrote on twitter: “We’ll get together on May Day in squares all across Cuba to denounce the blockade, the U.S. aggressive policy towards Venezuela and Nicaragua, and to demand Lula’s freedom. We will then ratify that Cubans will never surrender.”

The recently held 21st Congress of the Confederation of Cuban Workers (CTC) issued a final declaration in which Cuban workers condemned the Helms-Burton Law, calling it an expression of Washington’s hegemony and its aggressive, confrontational policy towards Latin America and the Caribbean.

Cuban workers also demanded the return to Cuba of the portion of territory illegally occupied by the United States in Guantánamo, and called on trade unions and workers around the world to join the international campaign to win Lula’s release.