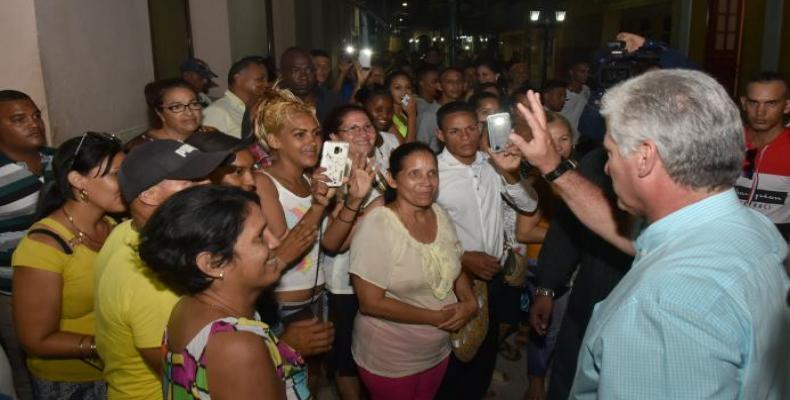 Havana, May 9 (RHC)-- Cuban president Miguel Díaz-Canel Bermúdez engaged in dialogue with residents of the historic and emblematic city of Bayamo on Wednesday,as part of a governmental visit taking place in the eastern province of Granma.

This is the second time a visit to Granma province takes place since Diaz-Canel took office in April last year. The president is touring several institutions of economic and cultural interest, and thanking the people for their hospitality and for their many displays of affection.

Accompanied by political and governmental authorities of the province, the Cuban president also visited the José Joaquín Palma Theater, and the recently restored house where the Father of the Homeland, Carlos Manuel de Céspedes, was born 200 years ago.

At the end of the city tour Díaz-Canel outlined to the citizens of Bayamo the objectives of the government visit. He told them that the island is living through difficult times, with shortages and other limitations derived from the intensification of the U.S. blockade.

But none of that daunts us, with firmness and determination we will continue fighting and winning,he said. ¨