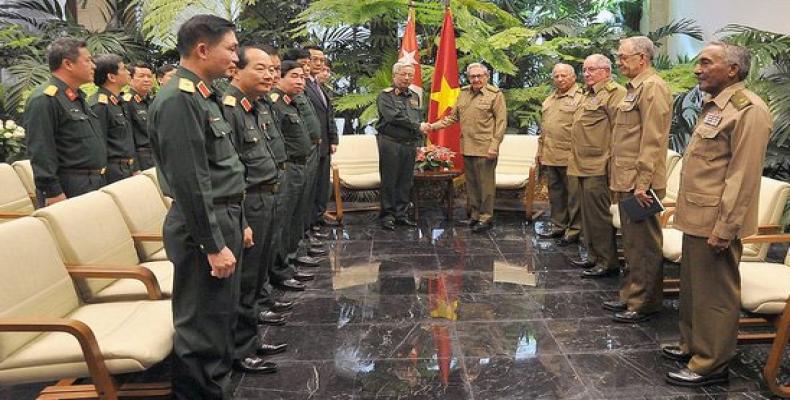 The distinguished visitor is in Cuba, responding an invitation by the Ministry of the Revolutionary Armed Forces, FAR.

During the fraternal encounter, both leaders spoke about the excellent relations of friendship between the parties, governments, peoples and armed forces of Cuba and Vietnam.

The meeting was attended by the members of the Political Bureau and army corps generals Leopoldo Cintra Frías minister of the Armed Firces, and Álvaro López Miera, FAR´s first deputy minister.