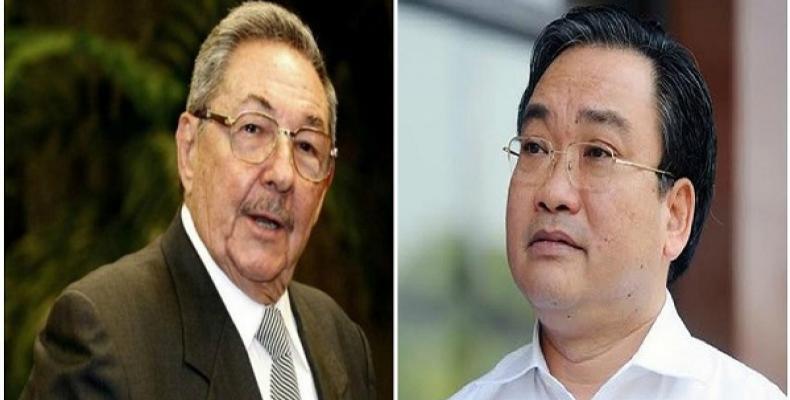 Havana, September 14 (RHC)—Cuban Communist Party leader, Army General Raúl Castro Ruz, received this Friday in Havana, the member of the Political Bureau and secretary of the Communist Party of Vietnam in Hanoi, Hoang Trung Hai, who is on an official visit on the island.

In a friendly atmosphere they talked about the historical and excellent relations that exist between the peoples, parties and governments of both countries, as well as the respective experiences in the construction of Socialism.

Nguyen Trung Thanh, ambassador of the Socialist Republic of Vietnam in Havana, and Nguyen Quoc Hung, member of the Provincial Bureau of the Party and vice-president of the People's Committee in Hanoi, accompanied the distinguished guest.