30th Friendshipment Caravan gets ready to come to Cuba 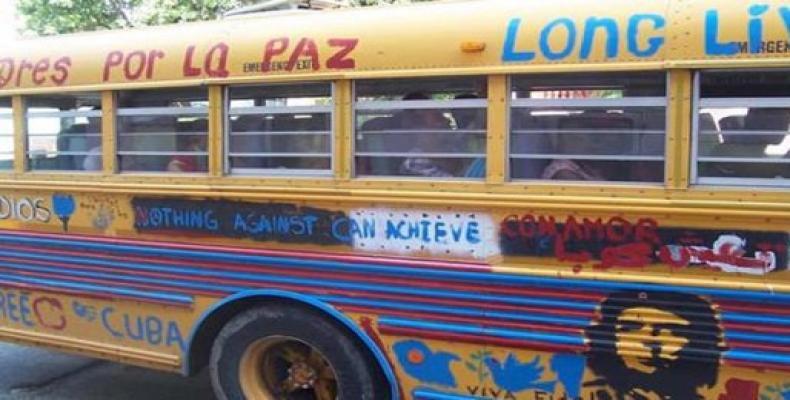 During the ceremony held at the People´s Forum in New York City, the Executive Director of Pastors for Peace, Gail Walker, said that her organization´s solidarity work will continue despite the increase of travel restrictions and the hostile policy by the current U.S. administration.

“We are committed to the fight to end the blockade. Cuba is not alone and the vast majority of US people know that Washington´s policy toward the island makes no sense,” she said.   Walker stressed that IFCO/Pastors for Peace solidarity with the Caribbean island is more important than ever, and added that Cuba exemplifies how a fair society can be built, and that is why it is so important for Americans to understand the reality of the island nation.

The Deputy Permanent Representative of Cuba to the UN, Ana Silvia Rodriguez, on hand at the ceremony, thanked IFCO/Pastors for Peace for their steadfast support.

Aside from bringing humanitarian aid to Cuba, this year the Caravan will travel to Havana and the neighboring province of Cienfuegos to explore how the Cuban people are moving forward in healthcare, organic farming, and sustainable tourism, the diversity of religious expressions in Cuba, and the island´s efforts to tackle racism, sexism, homophobia, and more.