Diaz-Canel: Cuba will never negotiate under pressure or threats 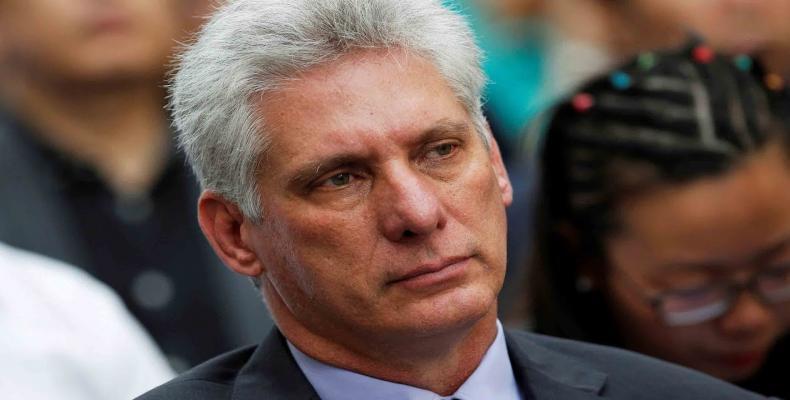 Havana, June 11 (RHC) President Miguel Diaz Canel said Tuesday that Cuba will never negotiate with the United States under pressure and threats, in clear opposition to the aggressive policy dictated by the Donald Trump government against the Caribbean country.

In that sense, the Cuban head of State recalled in Twitter a statement by Fidel Castro when he said that honor, the country and dignity are not negotiated, just like independence, sovereignty, history and glory are not negotiated either.

With this reflection, Diaz-Canel once again condemns the recent measures announced by the United States that intensify the economic, commercial and financial blockade imposed on the island for nearly 60 years.

The new escalation further reinforces the encirclement at a cost for the Cuban economy that in 2018 exceeded 134 billion dollars at current prices and the figure of 933 billion dollars, taking into account the depreciation of the dollar against the value of gold in the international market.