Cuba ratifies support to foreign investors operating on the island 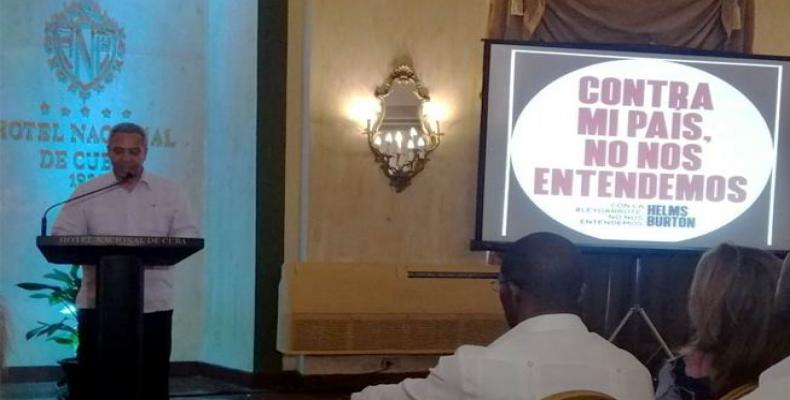 Havana, June 13 (RHC)—Cuban authorities reiterated to foreign companies operating on the island their full support in face of possible demands that may arise as a result of the implementation of Tittle III of the Helms Burton Act.

In a meeting convened at the Nacional Hotel in Havana, Antonio Luis Carricarte, Deputy Minister of Foreign Trade and Foreign Investment, reiterated on Wednesday that according to Law 80, known as Reaffirmation of Cuban Dignity and Sovereignty Act, the US anti-Cuban law is unenforceable and does not have any legal value or effect in Cuban territory.

Also speaking at the meeting was the Director General for the United States of the Ministry of Foreign Affairs, Carlos Fernández de Cossío.

He told participants that the US is intent on applying additional measures against Cuba with the purpose of suffocating the economy, generating shortages, damaging productive processes and social services in order to harm the standard of living of the population.

However, he noted that for the last 60 years Cuba has been enduring US hostility, and that it has acquired the capacity to adjust its economy and to take the necessary measures to counter the impact of thoseUS measures.

Fernandez de Cossio added that current legislation makes the Helms-Burton law inapplicable on the island and provides protection to the economy and its links with foreign partners. He also stated that Cuba does not intend to interrupt the degree of interaction that it has established with the US society in recent years.

Foreign businessmen with business in Cuba took advantage of the meeting to confirm their desire to accompany the economic development of the Caribbean island, and criticized current US pressures.