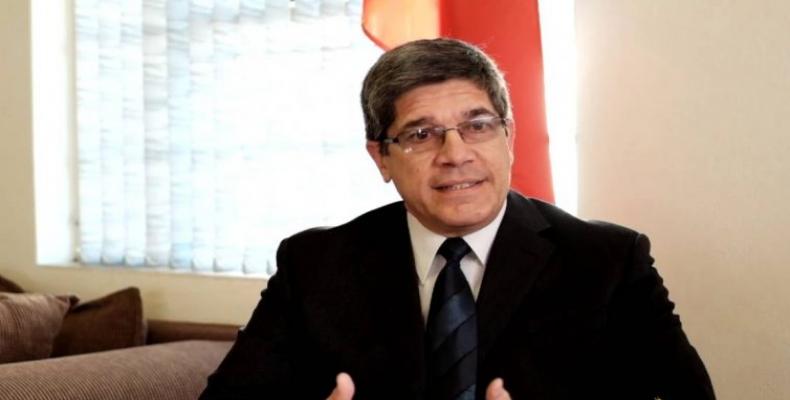 Havana, Feb 12 (RHC)--Cuban seasoned diplomat Carlos Fernandez de Cossio has become the new director general for United States at the Cuban Foreign Ministry. He will replace Josefina Vidal, one of the most visible faces in the U.S.-Cuba bilateral thaw during the Barack Obama Administration.

Fernandez de Cossio had previously headed US affairs, during the 1990s economic crunch sufferedthat by the Island after the demise of socialism in Eastern Europe.  He has also served as the Cuban ambassador to South Africa and Canada.

Fernandez de Cossio returns to the post amidst renewed tensions between Cuba and the United States, as a result of the dramatic changes prompted by the Donald Trump Administration. Deputy director general for United States, Johana Tablada, assured in her twitter and Facebook accounts that Fernandez de Cossio is one of Cuba´s most gifted diplomats.

She also commended Vidal´s performance during her almost 12-year tenure of the post, “a complex task in which she displayed total dedication, talent, sensibility and consecration”.

During her tenure, and as a result of bilateral negotiation, embassies in Havana and Washington were reopened, and then President Back Obama visited Cuba in 2016.