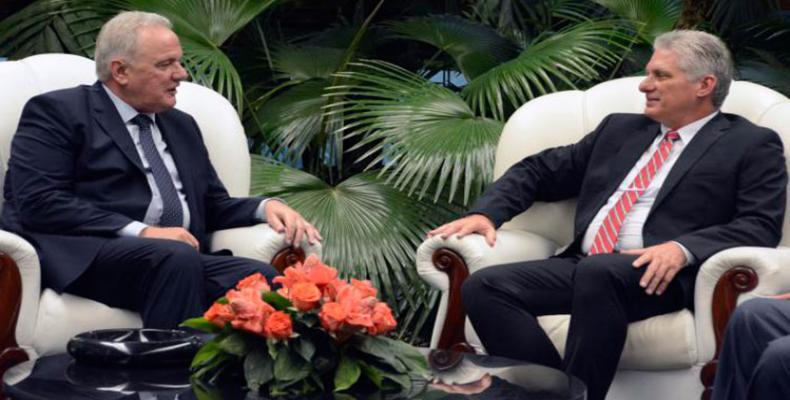 Havana, June 22 (RHC)--Cuban President Miguel Diaz-Canel received on Friday the Commissioner for International Cooperation and Development of the European Commission, Neven Mimica, who is on a working visit on the island.

During the encounter they confirmed the good status of the political and economic relations between Cuba and the European Union, and the contribution to this end made by the implementation of the Political Dialogue and Cooperation Agreement, signed in 2016.

In addition, they exchanged about the progress of bilateral cooperation programs in renewable energy, agriculture, climate change and institutional strengthening.

The visitor also ratified the willingness of the European Union to continue increasing the funds for cooperation with the island.

The European Commissioner reiterated his rejection of the US measures to intensify the economic, commercial and financial blockade against the Caribbean nation and, in particular, the enactment of Title III of the Helms-Burton Act.