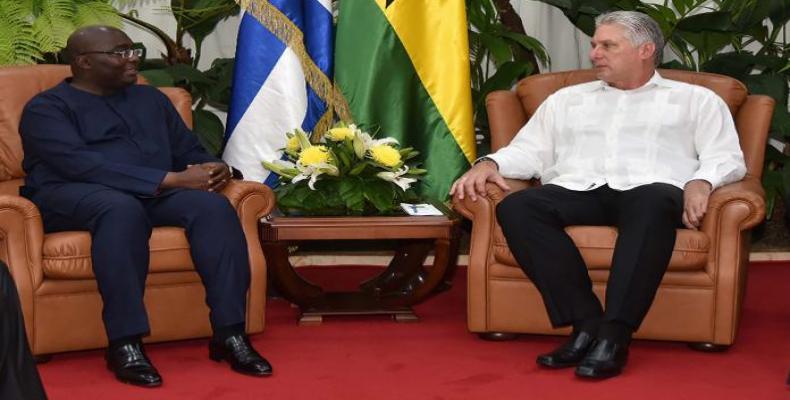 Havana 20 July (RHC)--Cuban president Miguel Diaz-Canel Bermudez received Friday the vice president of the Republic of Ghana, Dr. Alhaji Mahamudu Bawumia, who is on an official visit to Cuba.

The meeting took place in a cordial atmosphere. Both reviewed the historical and fraternal relations that unite the two countries and reiterated their willingness to promote political ties of solidarity and cooperation.

Diaz-Canel and Bawumia also exchanged on issues on the international agenda.

While in Cuba, the Ghanaian high-ranking official has held talks with other Cuban leaders, and participated in the graduation ceremony of some 200 health professionals from his country that were trained on the Caribbean island.