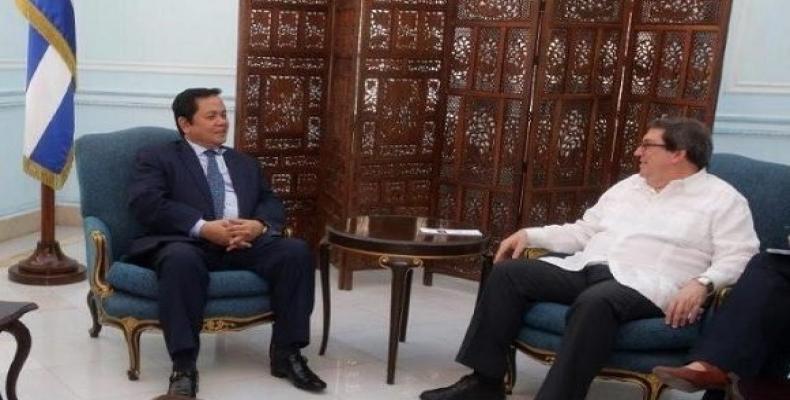 Havana, July 16 (RHC)--Cuba’s minister of Foreign AffairsC, received on Monday the Secretary of State of the Ministry of Foreign Affairs and International Cooperation of the Kingdom of Cambodia, Ouch Borith, who is on a working visit on the island.

During the cordial meeting, both sides highlighted the good state of the bilateral relations and expressed the mutual desire to expand political ties and cooperation in sectors such as health, sports and biotechnology.

On the Cuban side were also present, the director of Asia and Oceania of MINREX, Alberto Blanco Silva, among other officials of the Foreign Ministry.