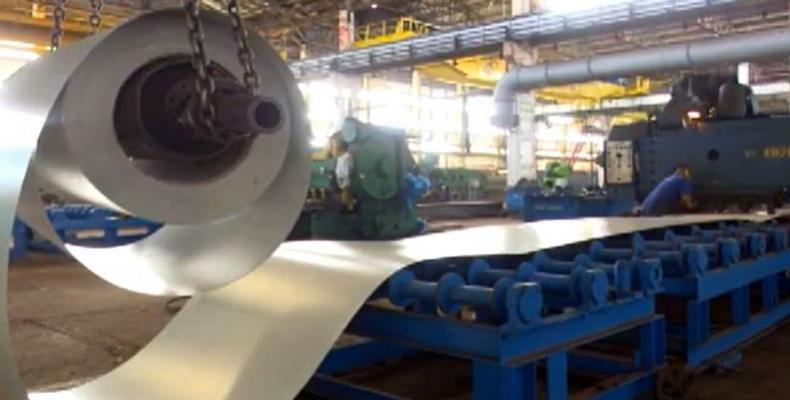 Havana, July 17 (RHC)-- Only one of 28 pieces of equipment has yet to be assembled in the “Paco Cabrera” Metallic Structures Company in the eastern province of Las Tunas as part of the investment made for the start-up of a factory for the production of tubular towers for wind turbines.

This investment makes the company --also known as Metunas-- the first industry in the country to be technologically equipped for this type of production, thanks, among other things, to the installation of a rolling machine capable of working sheets up to 80 millimeters thick, to give them both a cylindrical and conical shape.

According to Granma newspaper, it was possible to acquire the complete production line for the factory, which covers all the forming processes, the internal transportation of the product, its cleaning and painting.

The installed equipment will allow not only to manufacture towers for wind turbines, but also other rolled metallic structures such as tanks, ducts, chimneys and silos.

These will undoubtedly be notable potentialities for the substitution of imports, the promotion of exportable products and the goal of exploiting to the maximum the potentialities of Cuban industry.

In Cuba there are already several wind farms in a testing phase, however, the most ambitious of investments in this area is that of the La Herradura 1 and La Herradura 2 parks, a wind generation complex located north of Las Tunas province, with a total of fifty-four 1.5 and 2.5 megawatt wind turbines.