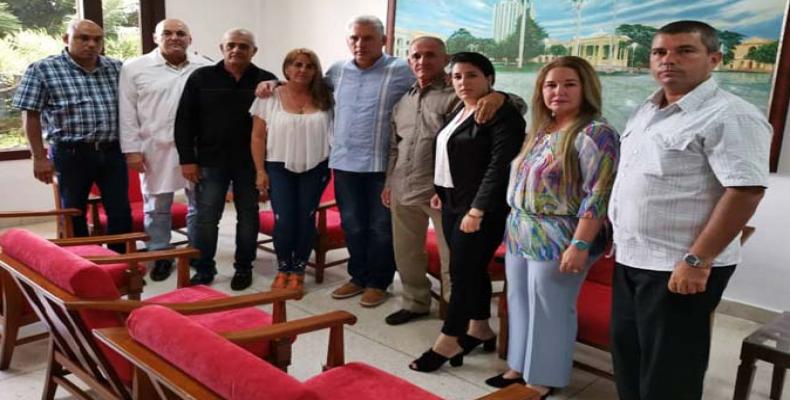 "In Santa Clara we met and talked with the family of Dr. Landy Rodriguez Hernåndez. We conveyed to them encouragement and affection in such a difficult situation. A working and humble family that we should all support," the Cuban leader wrote on his Twitter account.

On several occasions, the Cuban Government has reiterated that it is working tirelessly and in coordination with Kenya and Somalia for the return of Rodriguez and Assel Herrera.

Both Cuban professionals were abducted on April 12th, 2019 in Mandera County, Kenya.   Assel Herrera is a specialist in General Medicine from Las Tunas province, while Landy Rodriguez is a specialist in Surgery from Villa Clara province.