Cuban president meets with relatives of kidnapped doctor in Kenya 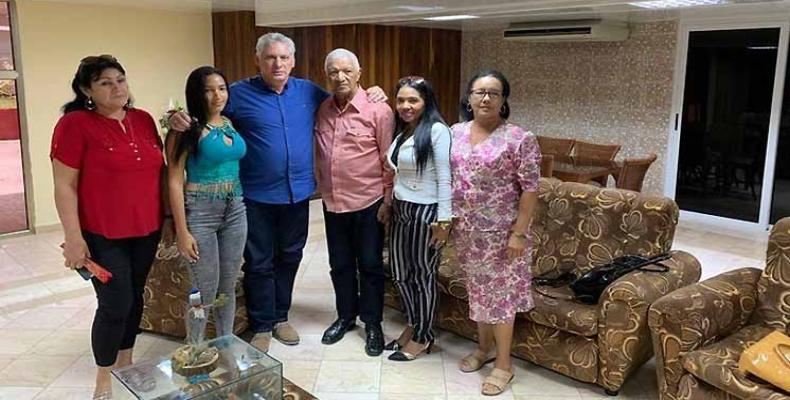 “It was an honor to meet and have an affectionate encounter with the family of Dr. Assel Herrera, one of our two kidnapped doctors.  His daughter will be studying medicine, following in the footsteps of her beloved father.  A beautiful and genuine Cuban family,” the president wrote on his Twitter account.

The president stressed that Cuba is sparing no efforts for the safe return of Assel Herrera and Landy Rodriguez Hernandez.

Both Cuban professionals were abducted on April 12th, 2019 in Mandera County, Kenya.   Assel Herrera is a specialist in General Medicine from Las Tunas province, while Landy Rodriguez is a specialist in Surgery from Villa Clara province.

The Cuban medical collaboration with Kenya began in June last year and involves 101 doctors who work throughout that African country.