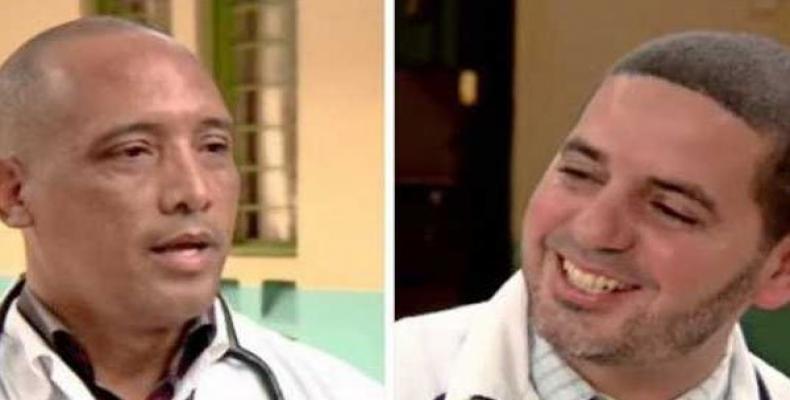 Havana, April 12 (RHC)-- Cuban President, Miguel Díaz-Canel Bermúdez, ratified Monday the commitment to the efforts for the safe return to the Island of Cuban doctors Assel Herrera and Landy Rodríguez, kidnapped two years ago, on April 12, 2019, in Kenya, where they were on an internationalist mission.

On Twitter, the Cuban head of state noted that his Kenyan counterpart, Uhuru Kenyatta, in a telephone conversation, reiterated that his government is also committed to that mission.

"In the morning, we spoke with President Kenyatta, who ratified his government's commitment to the efforts to guarantee the safe return of our people," Díaz-Canel wrote.

In addition, the Cuban President spoke with Assel Herrera and Landy Rodriguez's families and conveyed to them this commitment of both governments and Kenyatta's greetings.

Herrera, a specialist in Comprehensive General Medicine, and Rodriguez, a surgeon, were part of the Cuban medical mission in Kenya and were in the town of Mandera, bordering Somalia.

On April 12, 2019, it became known of their kidnapping by alleged radical Islamic group Al Shabab.

Since then, the highest Cuban authorities have kept monitoring this situation, together with the Kenyan and Somali governments' representatives.

President Díaz-Canel and his Kenyan counterpart have repeatedly discussed the steps to achieve the safe return of these two health professionals.