Cuban doctors abducted in Kenya are well, as efforts continue for their return 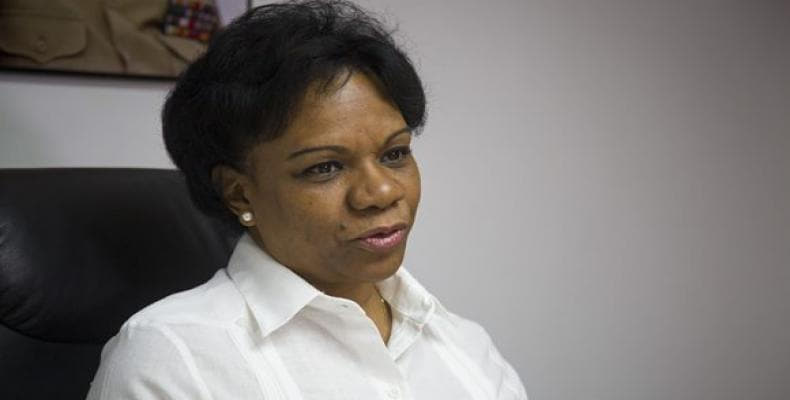 Havana, December 16 (RHC)-- The Cuban doctors Landy Rodriguez and Assel Herrera Correa, who were abducted in Kenya last April, are in good health and Cuba is doing its best for their return, the vice-president of the Council of Ministers of Cuba Ines Maria Chapman told the press Monday.

Chapman said she conveyed the gratitude of Cuban authorities to the Kenyan government for their efforts to ensure the safe return to the island of the doctors, who were kidnapped in the northern Kenyan territory near the Somali border.

"The Kenyan authorities ratified that both doctors are well and will continue their efforts for their safe return," said Chapman.

The vice president explained that as part of her participation in the Summit of African, Caribbean and Pacific (APC) countries, held last week in Nairobi, she held meetings with authorities, including the president Uhuru Kenyatta, "with whom we had an extensive dialogue.”

On the other hand, she affirmed that "our people can be sure that the leadership of the Party and the Cuban Government dedicates to this issue a permanent attention, and our priority is that they return safe and sound to the homeland."

"Our country, our government and the Ministry of Public Health are permanently aware of how both doctors are and in contact with their relatives in Cuba," she reiterated.

Chapman added that her delegation met with the Cuban medical personnel in Nairobi and expressed their commitment to continue working, serving the people of Kenya.