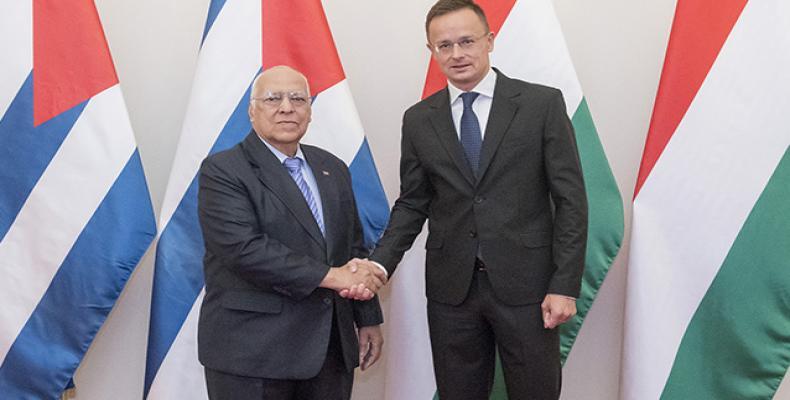 Budapest, September 18 (RHC)-- Ricardo Cabrisas Ruiz, Vice President of the Council of Ministers, made a working visit to Budapest, Hungary, to participate in the ceremony to change the headquarters of the International Investment Bank, a financial institution of which Cuba has been a member since 1974.

In the context of the visit, the Cuban high-ranking official was received by the Deputy Prime Minister and Minister of Finance Mihaly Varga, the Minister of Foreign Affairs and Trade Peter Zsijjarto, and the Vice-President of the Parliament János Latorcai.

The good status  of relations between Cuba and Hungary and prospects  for the development of collaboration in  sectors such as agribusiness, water management, education, biotechnology and the medical-pharmaceutical industry, among others, were issues raised during the meetings.

The Cuban Vice President thanked the Hungarian authorities for their support to the resolution that Cuba presents every year at the United Nations General Assembly against the economic, commercial and financial blockade imposed by the United States on Cuba for almost sixty years.