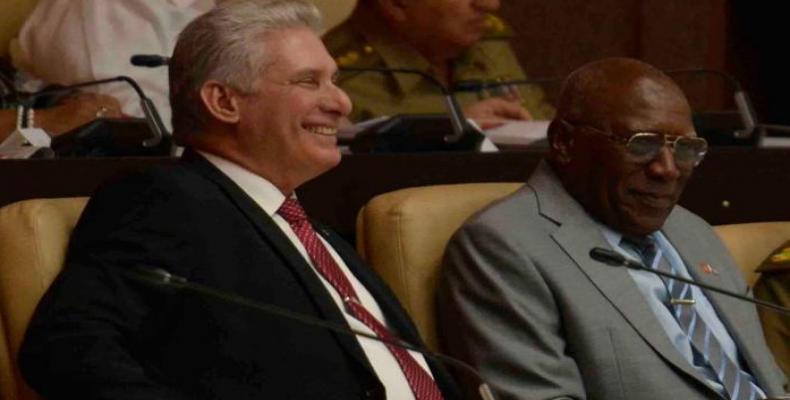 Havana, October 10 (RHC)-- The National Assembly of People's Power (ANPP) elected Miguel Mario Díaz-Canel Bermúdez as President of the Republic of Cuba on Thursday and he will assume office until 2023.

Gathered at the Havana Convention Center, in an extraordinary session, the legislators voted for Díaz-Canel, 59 years old, as Head of State, deputy for the municipality of Santa Clara, Villa Clara province.

Until now, he held the presidency of the Councils of State and Ministers, a post that disappears as stipulated in the new Constitution, approved in April 2019.

After 43 years, Cuba returns to the figure of the President of the Republic as head of state, elected by the Assembly and accompanied by a vice-president, with a strong centrality within the structure of state power.

The deputies also elected Salvador Valdés Mesa as Vice President of the Republic, who will also complete his term in 2023.  He is 74 years old and is a deputy for Güines, province of Mayabeque.

Earlier, Esteban Lazo Hernández was elected as president of that body and of the Council of State of Cuba.  Ana María Mari Machado and Homero Acosta Álvarez assumed the position of vice-president and secretary, respectively.