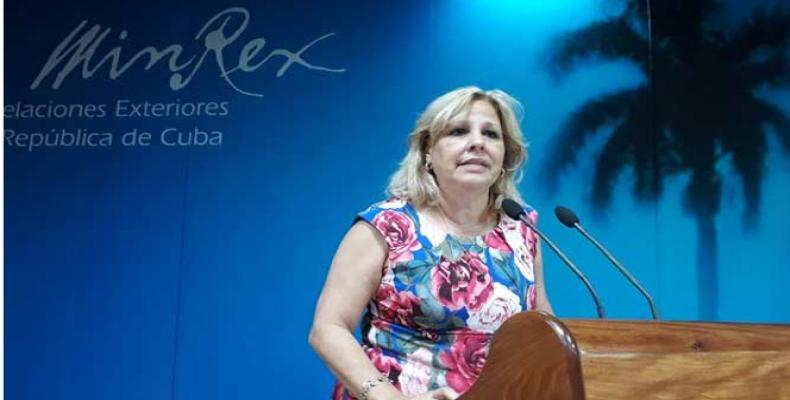 Havana, October 15 (RHC)-- Cuba's Deputy Minister of Foreign Affairs, Ana Teresita González Fraga, began an official visit to Moldova on Monday as part of a tour of European countries that will conclude on October 17, including Serbia and Montenegro.

In Moldova, Gonzalez held a meeting with the president of that nation, Igor Dodón, in which both agreed to work for the development of bilateral ties reported on the website of the island’s Ministry of Foreign Affairs, Cubaminrex.

The Cuban deputy minister also had a broad and fruitful dialogue with the leader of the Moldovan Parliament, Zinaida Greceani, to whom she expressed her willingness to promote relations between the legislatures of both nations.