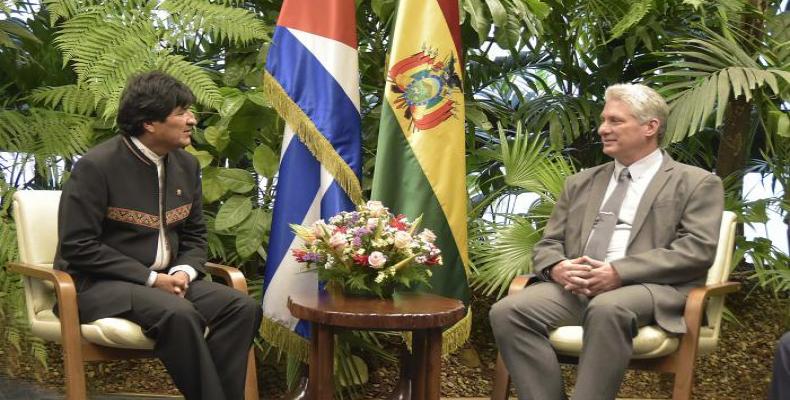 “Bolivia continues on the left of the Latin American political map.  Despite the media war of the continental right, Evo won for the fourth time.  Congratulations brother president,” Diaz Canel posted on Twitter.

In another tweet, the Cuban head of state noted that the victory of Evo and of his Movement for Socialism (MAS) is the victory of a plurinational Bolivia and its broad, deep, and progressive work for social justice.

Bolivian President Evo Morales was re-elected in the first round of voting after obtaining 46.86 percent of the votes against 36.73 percent for right-wing main opposition candidate Carlos Mesa -- giving him a 10-point lead to win outright.

The left-wing leader claimed victory on Sunday night adding that “most importantly, we again have an absolute majority in the chambers of Deputies and Senators. That is the result of the consciousness of the Bolivian people.”

Morales counted on the rural vote, which took more time to be counted but handed him the awaited victory to lead from 2020 to 2025.   His party will also have a majority in Congres meaning governance will not be blocked by opposition parties.