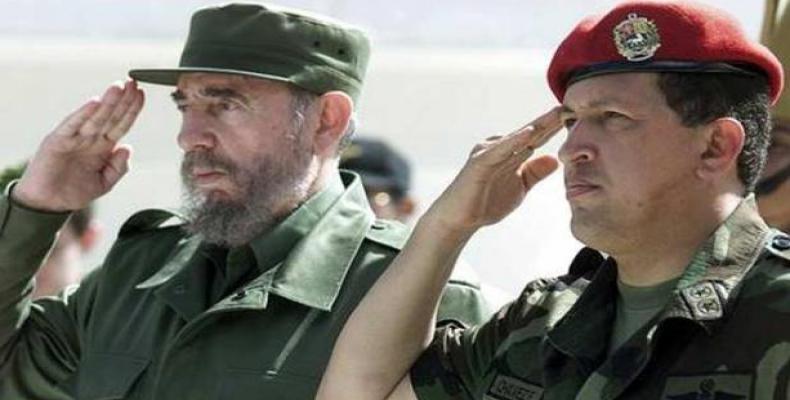 Caracas, October 31 (RHC)-- The President of Venezuela, Nicolas Maduro, celebrated on Wednesday the 19th anniversary of the first integration project signed between the Bolivarian nation and Cuba.

The Venezuelan President assured on Twitter that this significant step of brotherhood marked the union in Latin America.

The Project, "the Bolivar-Marti Agreement, signed by commanders Hugo Chavez (1954-2013) and Fidel Castro (1926-2016), represents 'the ultimate demonstration that it is possible to build a better world," Maduro wrote on the social media platform.

On October 30, 2000, the Comprehensive Collaboration Agreement between Cuba and Venezuela was signed in Caracas, paving the way for various agreements and exchange projects in the health, education, sports, culture, and production sectors.

As part of this alliance, more than 1,400 exchange projects have been signed ever since, with emphasis on health services, pharmaceutical supplies, counseling, and human resources training in educational, sports, cultural, and productive programs.