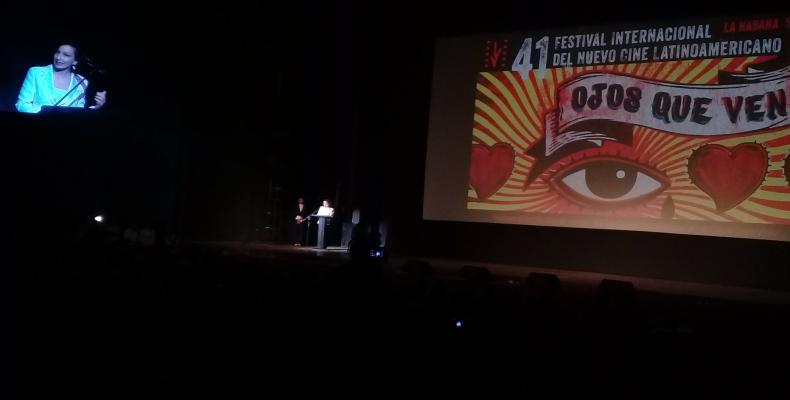 Havana, December 5 (RHC)--The 41st International Havana Film Festival of the New Latin American Cinema got underway Thursday in the Cuban capital with a tribute to the late Alicia Alonso, an acknowledgement to filmmaker Manuel Pérez and with the premiere of an Argentinian film, The Odyssey of the Jerks.

On hand for the opening ceremony was Audrey Azoulai, UNESCO’s Director General, who said that Cuba is a country of cinema, music and culture, and that Alicia Alonso was a great UNESCO's Goodwill Ambassador.

A total of 300 films from 37 countries, including Spain, France, Germany and England, will be screened at the festival, which will run through Dec. 15 Havana, according to Cuban news agency Prensa Latina.

The prestigious festival will see a strong presence from Latin America with 210 films, and Argentina and Brazil stand out as the most represented countries in the region.

Lita Stantic, the icon of the new Argentinian cinema of the 1990s, and the renowned Cuban director Manuel Perez will receive an honorary Coral award.

While the post-revolution era was called by many critics as the golden age of cinema in Cuba, before the Cuban Revolution of 1959 the total film production was around 80 full-length movies