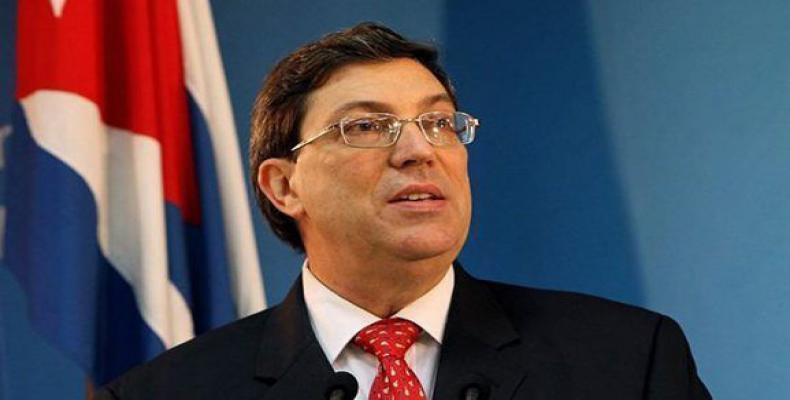 Havana, January 21 (RHC)- Cuban Foreign Minister Bruno Rodríguez Parrilla reaffirmed on Monday his country's solidarity with Venezuela in the face of the United States' attempts to strengthen the economic blockade against that nation.

His statements cAme after a press conference held in Colombia by U.S. Secretary of State Michael Pompeo, in which he demanded more measures against Caracas.

On Twitter, the Cuban Foreign Minister also rejected the campaign promoted by Washington to intensify its siege against Cuba, for which it uses, among other arguments, Havana's support for the constitutional government of Nicolás Maduro.

Rodríguez tweeted that "U.S. hostility against Cuba responds to the interests of a minority of anti-Cubans and extremists. Blaming Cuba for the situation in Venezuela is a pure pretext. Our solidarity with the Bolivarian and Chavista Revolution is unshakable,"  he said.

Meanwhile, Rodríguez Parrilla also highlighted this Monday,  that the year 2019 was a period of consolidation of the friendship ties between Cuba and the nations of the Caribbean.

The Foreign Minister said that during 2019  the exchange and cooperation ties with the sister Caribbean nations were strengthened, and he stressed the historical links and everyday challenges.

Last December 8 marked 47 years since the establishment of relations between Cuba and the nations of the Caribbean Community, an event that did justice to the close unity among their peoples.

Cuban Foreign Minister Bruno Rodríguez Parrilla also pondered the importance of the 7th Caricom-Cuba Summit, to be held in Havana in December this year.