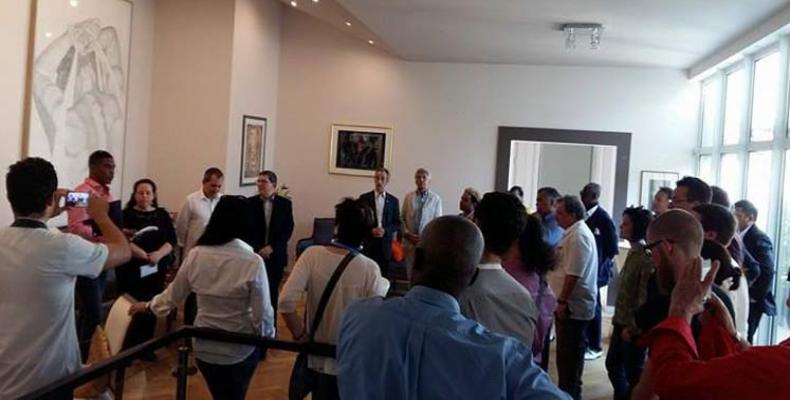 Havana, June 19 (RHC-ACN)-- Cuban Foreign Minister Bruno Rodrigues met in Vienna, capital city of Austria, with solidarity with Cuba groups and Cubans residing in that European nation, as part of his working agenda.

According to diplomatic sources, members of the Austria-Cuba Friendship Association 'OKG', and the Association of Cubans
Residing in Austria 'Cuba Va', were present in the meeting.

The Cuba Va group issued a statement, condemned the anti-Cuba speech delivered by U.S. President Donald Trump in Miami on Friday, describing it as 'foreign interference in Cuba's internal affairs.'

The message refers to the announcement made by Trump that his Administration will reinforce the financial, commercial and economic blockade of Cuba by repealing several of the executive actions signed by former President Barack Obama.
Minister Rodriguez thanked both solidarity organizations for their  support and acknowledged their actions to let the world know Cuba's reality.

The Cuban diplomat arrived in Vienna on Saturday on a working visit aimed at strengthening bilateral relations between Cuba and Austria, as well as their economic and trade ties.