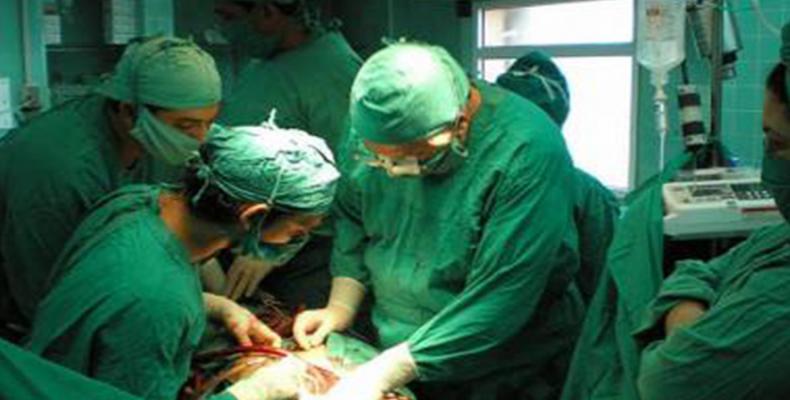 Havana, February 17 (RHC)-- Cuba is currently forced to purchase medications in distant markets. It has to deal with the increase in import prices of medicines, reagents, medical instruments, disposable material, equipment, and spare parts.

Young engineer Solainy Fajardo Araujo, Director of Imports of the Import and Export Company of Medical Products of the Ministry of Public Health (MediCuba S.A.), knows the drill very well.

She told Juventud Rebelde that not only has the blockade against the island intensified during the government of President Donald Trump. Its extraterritorial nature has increased even more.

"It is not enough for the U.S. government to apply the blockade directly against Cuba; it also sanctions or severely fines entities from other nations that carry out commercial operations with our country, for which we receive more and more refusals, not only from trading companies and factories but also from banks, shipping companies, and even airlines during the negotiation process," he said.

"We are surprised with refusals issued with no previous notice, even at the time of execution of a contract, or at the time of moving the goods to our country," Fajardo Araujo explained.

"They do not inform us that from as of a specific date, they will stop their businesses with us. Their decision comes all of a sudden and that is when Cuba has to look for alternatives to guarantee the arrival of what we need for the people's medical care," she said.

MediCuba S.A. has made requests to 57 U.S. companies for the acquisition of supplies. So far, 50 of them have not responded, and three have claimed that, due to the blockade, they cannot meet the island's request.

Juventud Rebelde reported that upon contacting the U.S. company Promega Corporation to obtain supplies of inputs for the diagnosis of genetic diseases the Cuban company was told that based on resolutions issued by the U.S. Treasury Department, trade sanctions are applied to industries based in that country that sell products and provide services and/or technology to Cuba.

The Bruker company also refused to sell the spectrophotometer, the equipment needed to quantify substances and microorganisms, and Stryker has not responded to the request for extensible stents, used in limb-conserving surgery or for salvaging upper and lower limbs, which is why the National Institute of Oncology and Radiobiology has had to resort to fixed prostheses, said Fajardo Araujo.

For the purchase of new drugs for cancer treatment, Cuba has contacted several companies and has not received a response either.

The Director of Import of Medicuba SA added that the purchase of the percutaneous aortic valve prosthesis, a minimally invasive implant method, which would benefit annually about 60 patients over 70 years old with aortic valve disease of degenerative origin, was requested to Boston Scientific.

"That entity has not yet responded, nor has Zimmer Biomet, which was asked to sell  knee, hip, and dental prosthesis to the island."