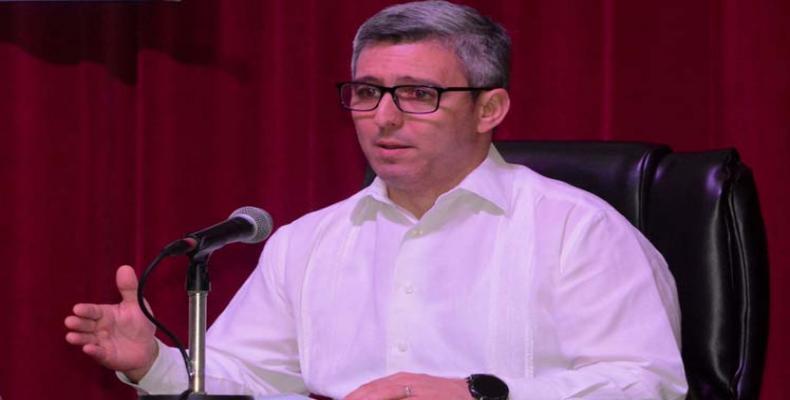 Havana, February 25 (RHC)-- The Cuban Minister of Communications, Jorge Luis Perdomo, evaluated on Tuesday the activity of information technology and telecommunications in 2019, as having a significant impact on all sectors for the development of society.

In the annual review of the organization, the high official explained the main results of work and its challenges, especially in aspects associated with the program of computerization of society and the transformation of information and communication technologies (ICTs), with tangible results in the economic and social life of the country.

When listing the results, he highlighted the six million people who access the Internet and the 3.4 million mobile data users, more than 650 thousand in 4G in the first year of that service.

More than 1,500 Wi-Fi areas are available all over the country, 229 were added in 2019, while the country's international connectivity has increased by 30 percent.

Referring to the advances in mobile telephony, he explained that during the period, the coverage of this signal grew to  85 percent of the population.

Perdomo explained that the priorities this year are focused on expanding the capabilities of 3G mobile telephony and the development of 4G.
There are also plans to lower mobile phone and internet access rates as infrastructure allows.

Perdomo elaborated on the formation of rates. He recalled that prices have moved since the beginning of the services.

As for the lines, he recalled, the initial price was 120 convertible pesos (CUC) and is currently at 30. At the same time, Wi-Fi service in common areas originally cost 4.50 CUC an hour, while it now stands at 0.70 cents.