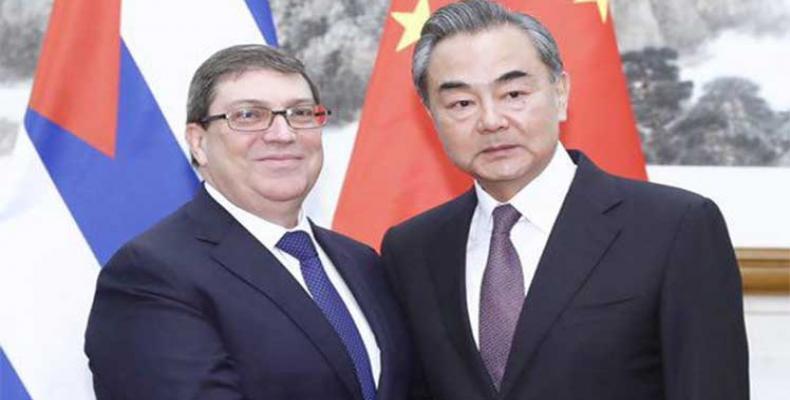 Beijing, Apr 14 (RHC)-- Chinese Foreign Minister Wang Yi ratified his country's willingness to support Cuba while it faces the COVID-19, expressing confidence in the island's ability to overcome the pandemic, local press reported in the Chinese capital on Tuesday.

In a telephone conversation with his counterpart Bruno Rodriguez, the foreign minister said he was convinced that the people of Cuba will unite and defeat the health adversity, and he assured firm support for the island's current efforts to contain it, Prensa Latina news agency reported.

Wang recalled that his government has already donated the first batch of medical supplies to Havana and is willing to provide further assistance according to its needs.

He described the diplomatic relations between China and Cuba as a model, emphasizing that this year, 2020, marks 60 years since they were established.

He advocated that both parties firmly protect their countries' sovereignty and interests, as well as to oppose external interference and harassment.

The Chinese Foreign Minister considered the COVID-19 pandemic a "great test" for the capacity of each nation, and he also mentioned the work of his country to safeguard the health of its inhabitants and to contribute to the global fight against the deadly disease.

Rodríguez expressed Cuba's admiration for the outstanding results achieved by China in the fight against respiratory diseases and its role in promoting global cooperation in this regard.

He thanked for the assistance received and wished that Beijing could maintain its contribution at a time when the pandemic is intensifying on the planet.

The Caribbean Foreign Minister expressed his willingness to join forces with a view to strengthening bilateral cooperation in various sectors and making contributions to the construction of socialism.