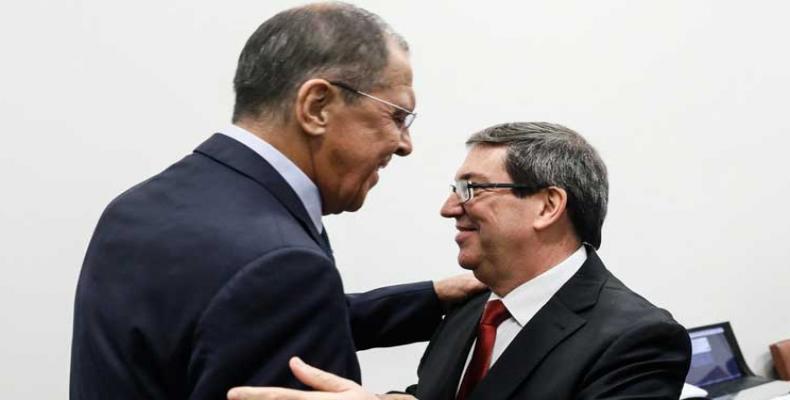 Moscow, April 14, (RHC)--  Russian Foreign Minister Sergey Lavrov and his Cuban counterpart Bruno Rodriguez Parrilla agreed during a telephone conversation that it is necessary to lift all illegal unilateral sanctions against the spread of the new coronavirus, reported Sputnik.

According to the Russian Foreign Ministry, the ministers reiterated their commitment to coordinate the steps taken by the two countries at the UN on these and other issues on the multilateral agenda.

The two sides also discussed the development of strategic cooperation between Moscow and Havana, including collaboration on combating the coronavirus.

Lavrov and Rodríguez Parrilla also discussed preparations for events dedicated to the 60th anniversary of the restoration of bilateral diplomatic relations.

Cuba has repeatedly denounced that because of the economic, commercial and financial blockade imposed by the U.S. on the island, it is unable to acquire medicines, raw materials for the pharmaceutical industry and medical technology in that country.