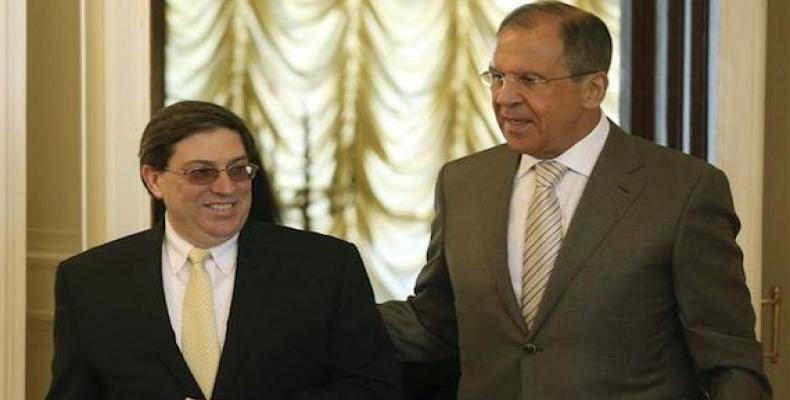 On Twitter, the Caribbean nation's foreign minister commented on exchanging opinions, which also dealt with issues on the regional and international agenda.

Last November, the President of the Eurasian country, Vladimir Putin, said that Cuba is a reliable partner and bilateral cooperation has a strategic character.

The Russian  President highlighted the large-scale joint projects in energy, metallurgy, transport infrastructure, and medicine, where the country "occupies a leading position in several areas".

He also highlighted the authority gained by Cuba in the international arena and the high level of trust in the dialogues on foreign policy issues.

The joint positions regarding the defense of multilateralism, international law, the purposes and principles of the United Nations Charter, and cooperation among countries stand out.

Russia has shown permanent support for the Caribbean nation both in its condemnation of the economic, commercial, and financial blockade that the United States has imposed on it for almost 60 years and in its rejection of the coercive measures applied by Washington.