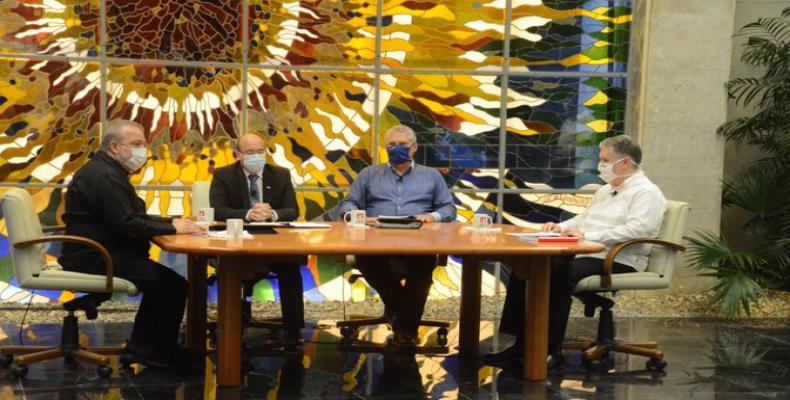 Havana, June 11 (RHC)-- On Cuban radio and television, the Mesa Redonda is broadcasting live from the Palacio de Convenciones.   With the participation of Cuban President Miguel Diaz-Canel, Prime Minister Manuel Marrero Cruz and Minister of the Economy Alejandro Gil, the island's top authorities are presenting detailed information on the phases of the recovery process that will take place in Cuba over the coming days and weeks.

Cuban radio and television, the YouTube channels of the Round Table and the Presidency and the Facebook pages of Cubadebate, are now transmitting this program live -- from 6:00 to 8 p.m. (local time).  The Educational Channel will re-broadcast the program at the end of the day's broadcast.