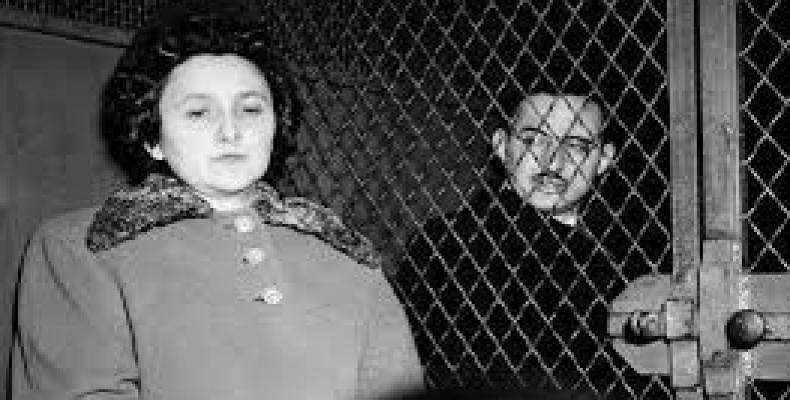 Havana, June 19 (RHC)-- The president of Cuba, Miguel Díaz-Canel, recalled the 67th anniversary of the "legal lynching" of Julius and Ethel Rosenberg -- falsely accused of treason.  The president noted on his Twitter account that Ethel and Julius were victims of the fierce McCarthyism hysteria, which never ceased its cruel persecution of socialist ideas inside and outside the United States.

On June 19, 1953, the Rosenburgs were executed in the electric chair for the alleged crime of revealing atomic secrets and giving them to the Soviet Union.  The couple, who died waiting for a presidential pardon that never came, were part of the youth of the Communist Party of the United States, which made them the perfect target in the anti-Communist campaign launched during the Cold War.

Faced with alleged leaks from the Los Alamos nuclear research center and at Berkeley University, the Federal Bureau of Investigation (FBI) accused scientists, workers and others of belonging to a Soviet spy network.

Ethel's brother, David Greenglass, confessed to being one of its members and accused his sister and her husband, for which they were arrested, charged, tried and convicted -- sentenced to death.

Years later, the head of the Soviet KGB during the time of their trial, Pavel Sudoplatov, confirmed in his memoirs that they were never spies.

The FBI itself declassified, in 1970, documents that prove that trial was a show, and the American Bar Association, in a reconstruction of the process carried out decades later, concluded that both were innocent.