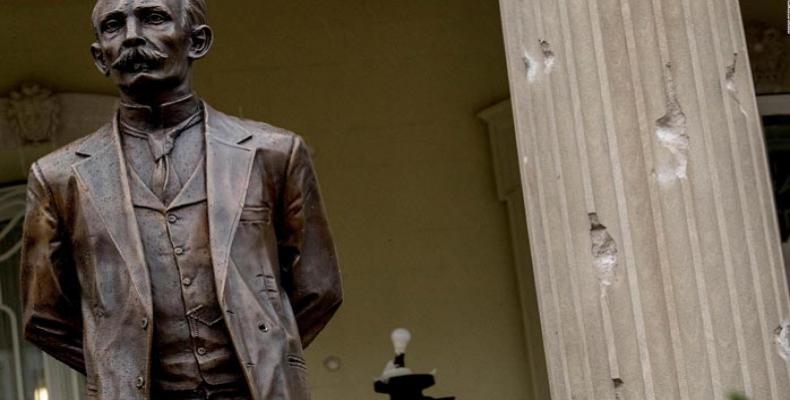 Havana, July 10 (RHC)-- Cuban Foreign Minister Bruno Rodriguez asked on his Twitter account the question of whether President Donald Trump will condemn this Friday the attack suffered by the Cuban Embassy in Washington last April 30th.

"The President of #USA @realDonaldTrump will speak today at the Doral Jesus Worship Center, associated with the incitement to violence and #terrorism against #Cuba, to which the attacker with an assault rifle against our embassy in Washington was linked.  Will he condemn the act?" he tweeted.

In the early morning hours of Thursday, April 30, a man shot at the Cuban Embassy in the United States, and although there was no damage to the mission's personnel, who are safe and protected, the building did suffer material damage from the impact of the shots.

Days later, on May 12th, the Cuban foreign minister held a press conference condemning the terrorist attack and explained at that time that the author, Alexander Alazo Baró, is a person of Cuban origin who has lived in the United States since 2010.

"We have recognized the professional and swift action of the local police and secret service forces at the time of the attack; however, I must say that the State Department took almost five days to contact the Cuban authorities and issue some official communication about this serious event."

He added: "The State Department and the United States Government have unfortunately chosen to silence this serious terrorist attack, without any public statement condemning this act or rejecting a terrorist act."

He also stated on that occasion that in the face of a situation of this gravity, it is necessary to denounce the complicit silence of the U.S. Government.