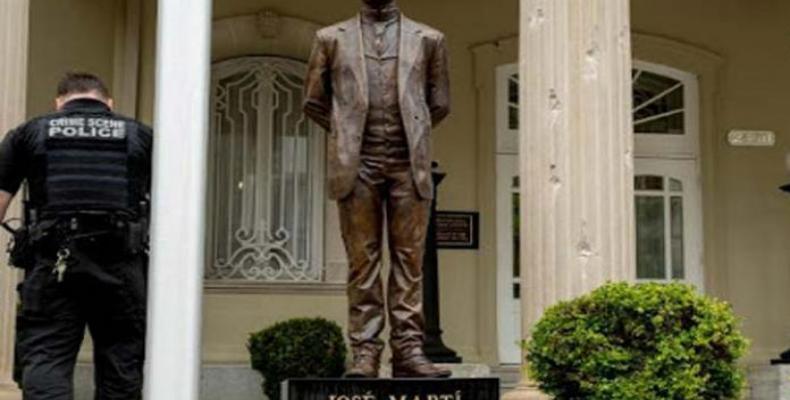 Miami, May 7 (RHC)-- Too many days have passed since the terrorist attack on the Cuban embassy in Washington, DC in the early morning hours of April 30, and the United States government has yet to have any official contact with Cuban authorities in both Washington and Havana about this odious event, according to Cuban immigrant organizations in the United States.

Beyond the terrorist act itself, this unusual action by the State Department and the White House can only exacerbate the perversity of its policy against the Cuban people, a decision that unfortunately encourages others to continue committing terrorist acts in this country, especially in Miami, the haven of Cuban-American extreme right-wing terrorists, who continue to live in this city under the protection of U.S. authorities without having been prosecuted for their despicable crimes.

The Cuban and Latin American emigration organizations that in Miami are part of the Alianza Martiana Coalition: the Antonio Maceo Brigade; the Alianza Martiana -- as an individual organization -- the José Martí Cultural Association; the Círculo Bolivariano de Miami, Negra Hipólita; the Women's Association; and Radio Miami, urge the State Department and the White House to condemn this terrorist act and to officially communicate with the Cuban authorities in Havana and Washington to inform them about the course of the investigation of the case and to give them the required satisfaction in accordance with the established diplomatic protocol.