Cuban foreign minister calls on U.S. to explain attack on embassy in Washington 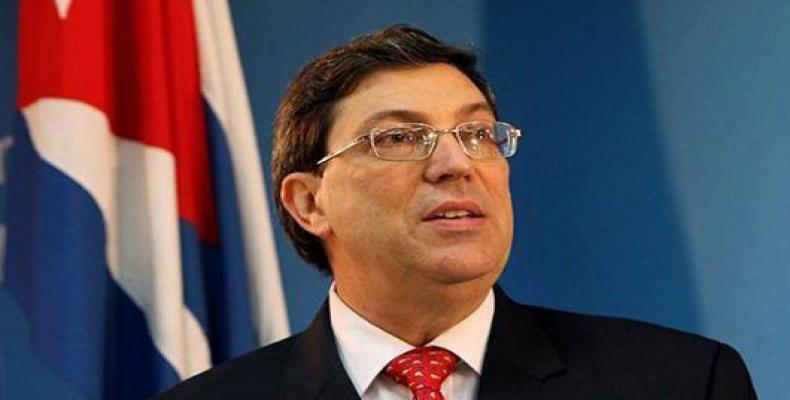 Havana, April 30 (RHC)-- Cuban Foreign Minister Bruno Rodriguez denounced the attack on the Cuban Embassy in Washington, DC on Thursday and recalled that it is the obligation of the states to protect diplomatic facilities "against any intrusion or damage and to avoid disturbing the peace of the mission or violating its dignity."

The top Cuban diplomat held a news conference at the headquarters of the Cuban Foreign Ministry this afternoon.  He noted that the individual who shot at the island's embassy in the U.S. capital with an assault rifle is in custody.

Shortly after the incident, the police reported having arrested a man, who they identified as Alexander Alazo, 42 years old.  According to The Washington Post, Alazo is a resident of the city of Aubrey, located north of Dallas, Texas.

"There were no injuries to the mission personnel, who are safe and protected, but there was material damage to the building resulting from the impact of the shots," the Cuban foreign minister said.

DC Police reportedly said Alazo will face charges for assault with intent to kill and possession of an unregistered firearm.