Diaz-Canel: The island is better prepared to confront COVID-19 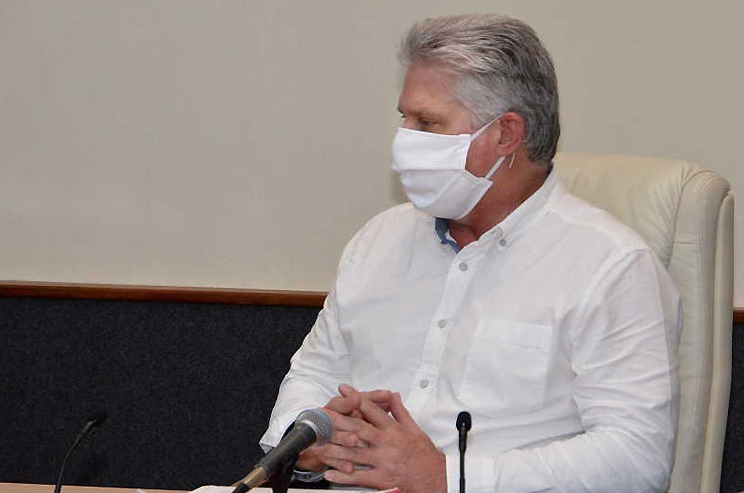 Havana, October 2 (RHC)-- Cuban President Miguel Díaz-Canel acknowledged on Thursday that the island has a better preparation for the confrontation to the Covid-19 and to advance towards epidemiological stability.

In August and September, Cuba reported a higher total of infections than those detected in the first stage of the pandemic; however, the number of active patients never reached those reported in the first peak thanks to the preparation, the President explained during the daily meeting to analyze the control of the epidemic.

"If we had not had this preparation, the rebound would have been with a higher peak in active cases than the previous one," he added.

Díaz-Canel reiterated the importance of individual responsibility as indispensable to control the spread of SARS-CoV-2.

With the measures announced for Havana, which lifted several restrictions on Thursday after a month, the goal is to maintain a group of actions with intensity, he said.

Among others, the President mentioned research, the quality in health care, the rigor of the protocols in work centers, the surveillance before the disease, and the suitable actions when a case is detected.

"We have to be able to return to a normal coexistence with the disease, as we do today with others that cause us more deaths than COVID-19", he said.

If the disease's particularity is its rapid spread, efforts need to be focused on the responsibility to prevent its transmission, he said.